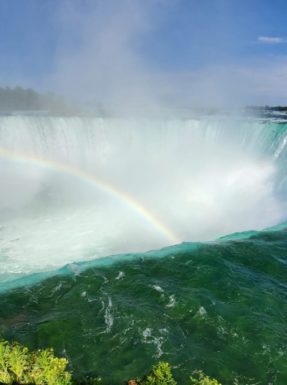 In recognition of International Women’s Day, I dedicate this posting to one woman whose short life touched many and influenced the course of mine, Sonia E White-Brown (1950 – 1986).

Can you imagine a time when type 2 diabetes was a rare occurrence? No one in my immediate circle of family or friends ever complained of those painful finger pricks, none of my co-workers ever mentioned their ‘special’ diet or had to be mindful of what they ate. There were no advertisements on television for diabetes medications, and I was blissfully ignorant of a single diabetes-related death; until it happened to my sister Sonia. I spent most of my childhood and teen years living with my sister, who was more like a mother to me, and her house was the second home to most of my other siblings. With her being the oldest, we chalked up her constant declarations of tiredness as her way of wriggling out of the household chores.

You see, Sonia never associated the symptoms she was experiencing with those related to type 2 diabetes, and the rest of us never did. Looking back, she displayed all three classic symptoms of type 2 diabetes; she always complained of thirst, would urinate often, and was prone to frequent snacking. The only reference we had for diabetes was the young man next door who was skin and bones and spent more time in the hospital than he was home. He was sick. My sister was a ball of energy who lived a full life in service to others. She didn’t slow down once. Her type 2 diabetes was a postmortem diagnosis.

What is type 2 diabetes?

As a Diabetes Educator for nine years, I know that health knowledge is power.  So, what is type 2 diabetes? Type 2 diabetes is a metabolic disorder that results from several core defects, mainly insulin resistance in the liver and muscle and beta-cell failure in the pancreas. Insulin resistance is genetically predetermined, which makes it non-modifiable. Beta cells are responsible for making the hormone insulin in response to the foods we consume. The carbohydrate foods are broken down into glucose (sugar), and insulin moves the glucose from the blood into the cells to provide energy. Consuming excessive amounts of carbohydrate means a constant demand on the pancreas to increase insulin production. Stay with me here – insulin resistance in the muscle and liver means that these cells are not taking up the glucose from the blood. The pancreas is being signaled to work harder, which wears it out over many years until it fails, producing minimal amounts or no insulin at all. Glucose then builds up in the blood and manifests as excessive hunger, thirst, and urination.

Ignorance is not bliss! Sonia passed away before the information age, there was no Dr. Google, any FB, Instagram, or blog posts, and home phones were still a novelty (at least in rural Jamaica). Now just about everyone has some exposure to either someone living with type 2 diabetes or information related to recognizing the signs and symptoms. More than a quarter of the number of people remains undiagnosed, and the numbers for those with prediabetes are even more worrisome. Prediabetes is where your blood sugars are higher than normal but not high enough to be classified as diabetes. The fantastic news is that we can reverse prediabetes! As I mentioned above, insulin resistance is genetically determined. However, we can modify our diet and increase exercise to slow or stop beta-cell failure and reverse the path to type 2 diabetes.

Knowledge is power; my sister believed in education; after all, she was a school teacher. Having a family member with diabetes puts you at risk, and maintaining a lifestyle that contributes to beta-cell failure doubles that risk. My sister would love to know that at least one family won’t suffer the impact of diabetes like hers did. Ask your doctor to include a lab test for prediabetes at least once per year….. for Sonia’s sake.

2 thoughts on “For Sonia’s Sake”

Recent Articles
From Resolution to SMART Goal
So, the holidays, also known as the ‘eating season,’ have come and gone. Now it’s back to reality, time to...
Diabetes: the burden of a diagnosis
Having close family members, such as parents and siblings with type 2 diabetes, increases the risk of developing it. For...
Promote Physical Activity with the Move Your Way Campaign
With all the fitness fads and conflicting health advice flooding our news feeds, it can be hard to catch people’s...
Tools2Thrive Can Help You Manage Type 2 Diabetes
Did you know that people with diabetes are 2 to 3 times more likely to have depression than people without...
Handwashing is Your Protection Against Infection
I completely forgot that May 5 was the World Health Organization (WHO) campaign to promote the global hand hygiene campaign...
Mothers! Women! Take Charge of Your Health
I'm sending Happy Mother's Day and Happy Women's Health Week greetings to my global mothers, sisters, aunts, wives, grandmothers, and...
Self-care is the way to survive Quarantine
When this pandemic is over, we are going to be OK. How OK we are is dependent on the self-care...
Sleep and Strong Mental Health during COVID19
Everyone has been affected by COVID19, and many persons are feeling stressed by the economic and financial strain that's associated...
For Sonia’s Sake
In recognition of International Women’s Day, I dedicate this posting to one woman whose short life touched many and influenced...
Minorities and Kidney Disease
Black Americans, Hispanics, Asians, Pacific Islanders, American Indians and Alaska Natives are at the highest risk for kidney disease and...